Moving to Qatar to work opened Lea Lønsted's eyes to having the world as a workplace. Meet the alumna who has been working at A.P. Møller-Mærsk for many years and who recently was a mentor in the mentoring network for Business Administration and Philosophy (FLØK). 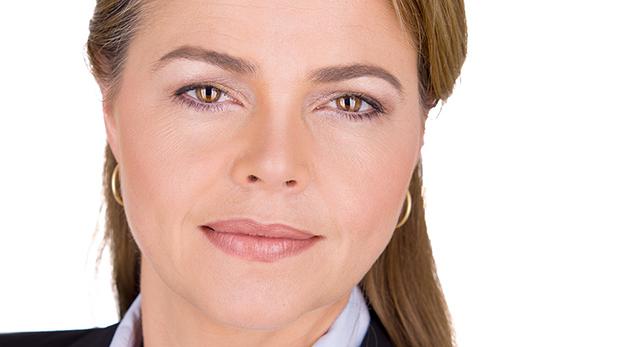 What were you like when you studied at CBS?
I got really involved in student politics in what was then called the Students' Council, where we would discuss i.e. the FLØK teaching with the associate professors, and I was in a task force that looked into diversity in academia across students and staff groups. I was also involved in the CBS Cafeerne where I was Chairman of the Board for some years.

How did you get your first job after graduating from CBS?
I started applying for jobs while I was writing my thesis, so I had a contract with A.P. Møller-Mærsk in my hand before I graduated. I started working full time two weeks after defending my thesis.

Do you keep in touch with any of your old classmates? And if so, how?
I am in touch with a few of my old classmates, primarily because we have had the same workplace. I have been in contact with CBS regularly and have given lectures and participated in several mentoring networks. I am more in touch privately with people that I worked with before I started studying.

What is the most valuable experience you gained at CBS that you still use in your daily work?
I had already worked for several years before I started studying, so I had a lot of practical experience that I could refer to in order to understand and work with the theory in my programme. I still use elements both from philosophy and economics in my daily work. Since I graduated I have worked in international companies where it has been a huge advantage to have an English business vocabulary from my master's programme.

Which moments in your career have been defining - and why?
The international aspect has been a cornerstone in my entire career and has shaped me as a person both in my career and my private life. Even before I started studying I had travelled a lot and worked abroad. The world outside Denmark is diverse and you will grow as a person by experiencing other ways to live and do business.

The decision to go to Qatar in 2011 and work for Maersk Oil was a significant turning point for my career and my family. It opened our eyes to the global community to a much higher degree than we could have experienced in Denmark, and it gave us all a basic understanding of the world as a potential workplace. In August we are moving to New York where I will start working for the UN as Chief of Learning, Leadership Development and Organisational Development.