Creating guidelines for employees' use of social media is a complicated issue. Many organisations inadvertently restrict employees' freedom of expression and interfere in their private life. Michael Etter, Postdoc at the Department of International Business Communication at CBS, advises companies to make their employees ambassadors instead of restricting them. 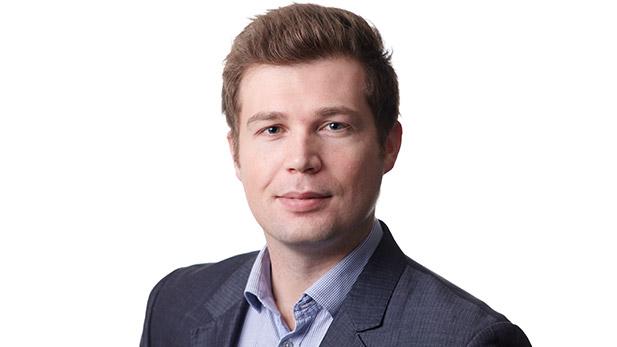 It can be tempting for companies to lay down rules for employees' social media behaviour. An unfortunate comment about a client on Twitter or an employee airing a too honest opinion in a Facebook update can turn into a so-called 'shitstorm', which is shared for the public's amusement and outrage.

Therefore many companies create guidelines for employees' use of social media. Either to avoid bad publicity or information leaks, or in an attempt to encourage value creation.

Michael Etter, Postdoc at the Department of International Business Communication at CBS, is researching such guidelines and whether they inhibit or strengthen employees. He is also affiliated with Center for CSR at CBS and his research falls within the areas of company communication, CSR, new media, and the reputation and identity of organisations. He has previously done a research project with Novo Nordisk on how Twitter could be implemented.

You are always an employee
The study of 300 global companies shows that approx. 40 % of respondent companies had guidelines, while many of the remaining companies were in the process of creating guidelines. And guidelines are often far-reaching.

- Two thirds of guidelines are in fact more inhibiting than strengthening for employees' freedom of expression, and 40 % of guidelines concern matters that fall under employees' privacy, i.e. what they do on their own time, at their own place, with their own devices, explains Michael Etter.

- Phrases like that are trying to regulate employees' communication. In some cases they are really restrictive and interfere in privacy - and may not be legal. A really jarring example is companies asking employees to keep an eye on the online behaviour of their colleagues, says Michael Etter.

Diverse voices
He believes strict rules are the companies' panic fix to regain some of the control they had before social media made their entry. Where companies used to be able to speak with one voice and set the agenda, an employee with a Twitter account can now represent a whole company and an agenda can quickly be changed by social media users. When a company e.g. launches a new campaign on social media, it is easy for users to manipulate images or text to give the campaign a very different and often inappropriate meaning.

- Many companies are still trying to maintain one coherent voice, and I will almost call it an illusion. A company is not one whole - it is many diverse voices. And with social media you have to accept that you cannot control everything the way you used to, but instead you can gain some other advantages, says Michael Etter.

He believes the issue of guidelines and employees' activities on social media in general will be less of a problem in the future.

- Social media are already everywhere and practically everyone uses them. You have to remember that social media have only really been around for ten years, so I believe we will learn to use them better in the future and some clear social norms will form with regard to what is acceptable behaviour.

How to strengthen your employees
The research project demonstrates that many guidelines primarily focus on minimising the risks of employees' use of social media. But there are positive examples where guidelines strengthen employees to become ambassadors for the company and create value on social media.

Michael Etter has the following advice on what to pay attention to when creating guidelines for employees' social media activities:

-      First and foremost, consider the legality of the document, especially if the guidelines apply to employees in different countries, as national legislation can vary greatly.

-      I would not recommend very restrictive rules even if it appears to make sense in a business context. You have to be aware of both the legal and the ethical aspects of your guidelines. And that is something that is widely discussed at the moment - without any general consensus so far.

-      I have seen guidelines range from a few lines to a ten page document. In my opinion less is more, because how are employees supposed to remember or manage ten pages of rules?

-      Short guidelines require a company culture that you can lean on. If you write 'be professional', there has to be internal agreement on what that means in the organisation.

Learn more
Michael Etter will be participating in an alumni panel discussion, which will take place on 12 March 17:00-19:30 at CBS. The discussion will focus on companies' communication on social media across different cultures and languages.

In addition to Michael Etter, participants include Kasper Kofod, Digital Media Project Manager at Novo Nordisk, and Barbara Dragsted, Associate Professor at the Department for International Business Communication (IBC). Kasper Kofod will contribute with practical experience from working with social media, and Barbara Dragsted with her research in communication across multiple languages in international organisations.

The panel discussion will be moderated by Margrethe Mondahl, Associate Professor at IBC, and is a cooperation between the Department of International Business Communication and CBS Alumni.