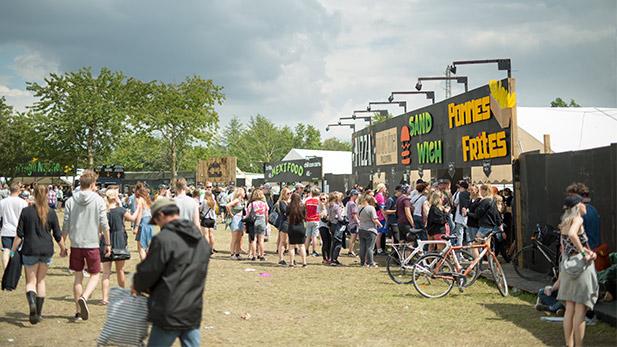 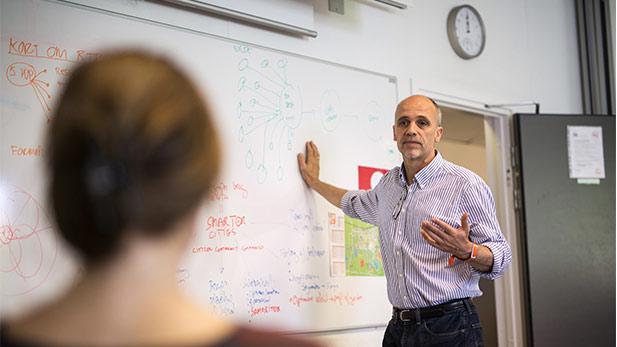 The Clean Out Loud area, where the guests keep the place clean (Photo: Jørn Albertus) 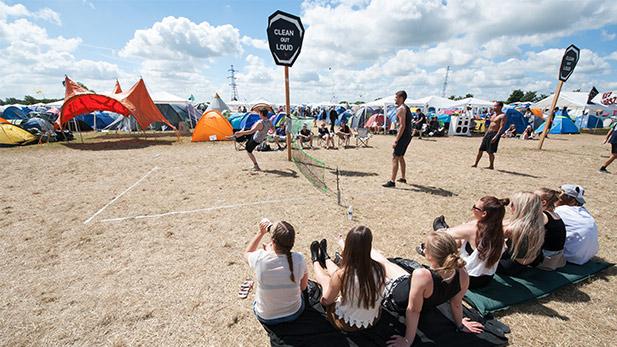 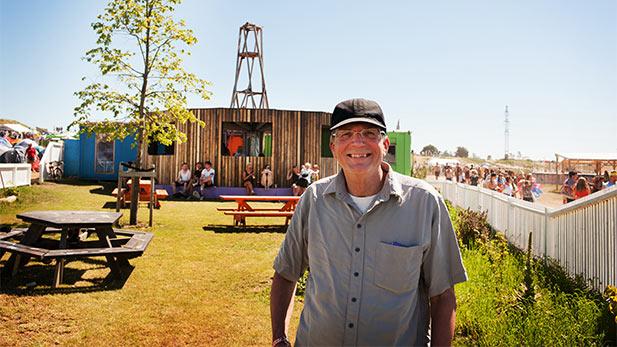 What do Roskilde Festival and Copenhagen Business School have in common? Quite a lot as it turns out, because a number of different research projects took place during the festival, under the auspices of the ”From Rio to Roskilde” project, which is a collaboration between the festival and cbsCSR – or, Centre for Corporate Social Responsibility at CBS. As reported by the CBS Observer.

During Roskilde Festival, a number of researchers from CBS conducted a list of experiments and collected data for research that intends to investigate how volunteer, sustainable behaviour can be mobilised using new technologies, infrastructure solutions, process improvements and communication.

According to them, From Rio to Roskilde focuses on ”alternative housing, handling foodstuffs and food waste as well as waste handling and sustainable production of textiles which is also a new focus area”.  The team of researchers are from Copenhagen Business School and Aalborg University.

Professor Torsten Ringberg from the Department of Marketing at CBS is co-manager of the research project ”Organisation of volunteer action using Big Data”, and he was one of the researchers in the lab.

- The data that we collect can be used strategically. For example, we can optimise the access to both food stalls and toilets on the festival site by putting up screens showing where the shortest lines are, peaks in electricity use, tweets and more.  It will be very interesting to examine the data streams and which data will be possible to access, says Torsten Ringberg to the CBS Observer.

In practice, this means that the researchers can see that the weather is a big influence on the sales at the festival. When the sun is shining, beer and ice cream are – perhaps unsurprisingly – hot items, whereas food and other beverages sell better when it is raining. This information, and a host of other information, can be used to limit food waste.

- Using algorithms based on the collated data collected this year, the stalls at Roskilde will be better able to predict how such factors influence participant behaviour and thereby optimise their deliveries. Then they won’t order too much of the wrong items which will then end up as food waste because they cannot return them, says Torsten Ringberg to the CBS Observer.

A better festival and a better society
The knowledge generated by the researchers through experiments and data collected at Roskilde Festival will be used to improve the festival. But to the researchers, the festival is also an example of a society, and ideas that turn out to work during the festival, can perhaps be applied to society at large and help create new, sustainable solutions.

Professor Anker Brink Lund from the CBS Department of Business and Politics also visited this year’s Roskilde Festival. He conducted field studies for an entirely new research project about how to make volunteering sustainable.

The project is so new, that he was gathering information with a view to designing experiments for next year; he walked around the festival observing new initiatives such as a competition to collect the most garbage, a parade of waste and even a urinal where the fluids collected will be used to fertilise the corn used for brewing beer.

He sees Roskilde Festival as a complex big city.
- Roskilde Festival is a microcosm for joint innovation. It is made up of many small cities. Some believe that ”the more distortion, the better”, while others want to live in orderly conditions.  The contrasts play a large part in the joint innovation.  It is also interesting to observe how people with such different views on order and waste manage to live as close as they do during the festival, he reports to the CBS Observer.

From Rio to Roskilde gets its name from the UN conference on sustainable development, Rio+20, which was held in 2012 in Rio De Janeiro. According to the people behind the project, the conference made it clear that drastic changes and extensive cooperation is necessary to overcome global challenges.

Read more about From Rio to Roskilde (in Danish)

Watch a video about the project (in Danish)

Read more about the Big Data project (in Danish)