Why stories matter - also in business

Many people dream of being one of them, but only few make it all the way to the top. According to two CBS researchers, it takes more than just hard work to get to the top of the Danish hierarchy of power. 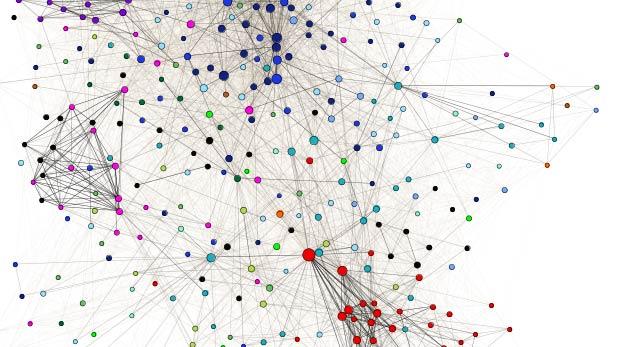 - We have confirmed the idea that broadly speaking the power rests with white, middle-aged men. Members of the power elite also have the same education, they have built a career within the same large organisations, and they live north of Copenhagen - east of the Lyngby motorway, says Christoph Ellersgaard.

He is an Assistant Professor at the Department of Business and Politics. Together with Anton Grau Larsen, Postdoc, he has identified 423 Danes, who constitute the power elite.

- Nothing indicates that the elite deliberately discriminates against people who are different from themselves and excludes them from the elite.  It is probably more a question about social codes, which are required to become part of the power elite, and that people tend to socialise with and trust people who remind them of themselves, says Cristoph Ellersgaard.

Networks, networks, networks
Using data from 2013 the two researchers have mapped 5,079 Danish networks with a total member count of 37,750 and presented their results in 2015. The networks span everything from the Danske Bank Board of Directors to Kattens Værn (shelter for homeless cats).

The researchers have reviewed networks and positions and have removed members layer by layer to find 423 people who stand out from the others. Every single one of them has a quite large number of connections to others in the entire network as well as good connections to those among the 423 people. Since they are connected to the largest number of networks and other people in the elite group, it indicates that they make up the most powerful group in Denmark.

Christoph Ellersgaard and Anton Grau Larsen continue to map and study the Danish power elite and their careers. In the autumn of 2016, they will present an updated version of the list, so the Danes will know who makes up the power elite.

Networks or decision-making power
The research project was recently discussed at an event at the Danish Festival of Research. Lisbeth Knudsen, Director and Editor-in-Chief at Mandag Morgen, and Bente Sorgenfrey, Union Official at FTF, spoke their mind about the project.

Read more about the Festival of Research

To the surprise of the researchers, Lisbeth Knudsen was not among the 423 people of the power elite at the original count. However, in the updated data, she is now number 277. She is not convinced that the researchers’ ranking of the powerful people gives a true and fair view.

- Your project must be commended for attempting to map the power, but I do not think that you have found where the real power is. There is a difference between having a large network and having the power to make decisions, she said at the event.

Conversation of the future
Bente Sorgenfrey was in third place in the power elite, but the updated data has placed her second. She does not see herself as the second-most powerful individual in Denmark, but she recognises the value of being part of a lot of networks.

- I participate in a lot of networks, because I believe that it gives my members influence. These networks are powerful, understood in a way that they may help shape the conversation about the future and thereby develop our society, said Bente Sorgenfrey at the event.

She considers it a great strength that Denmark has networks such as, for instance, networks for corporate and public executives across industries.

- As members of the networks, we all try to create an understanding of the role of our organisations and in this way influence the opinions of other members. And you should not underestimate the value of the informal discussion which takes place in the networks.

Each society has their own elite
But why is it important to name the almost 500 Danes, who make up the power elite?

- You can say a lot about society by looking at its elite. In our list there are no religious leaders and only two from the military, and that shows something about how the power is distributed in Denmark compared to other countries, says Christoph Ellersgaard.

Top 15 of the Danish power elite according to the 2013 data:

Read more about the research of Anton Grau Larsen and Christoph Ellersgaard, and see the list of the 423 people of the Danish power elite