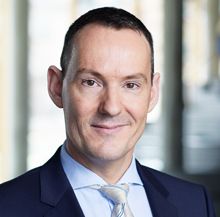 Gregor Halff is Professor (with special responsibilities), Dean of Education at Copenhagen Business School. Previously, he was professor (and faculty area coordinator) of corporate communication and deputy dean at Singapore Management University and has also been an associate professor and director of executive development programmes at the European School of Management and Technology (ESMT, Berlin). He currently holds a visiting professorship at the University of Jyväskylä (Finland) and is a visiting faculty member at ESMT Berlin. Gregor has also taught at Unitec (Auckland, New Zealand) and TaiwanTech (NTUST, Taipei). Since 2005, Gregor has developed, grown and run ranked programmes at the undergraduate, graduate, MBA, executive and doctoral levels, as well as for national defence forces and major international corporations.

“Brand hijacking: why are campaigns and hashtags being taken over by audiences” (co-author), book chapter forthcoming
2018 in Laskin, A. (Ed.), ‘Social, Mobile, and Emerging Media Around the World: Communication Case Studies’.

„Are there global capabilities in corporate communication?“, invited speaker at Conference of the Public Relations Society of China, Huazhong, 27 October 2017.

„Getting to PR leadership“ invited keynote speaker at the Public Relations Society of India, Hyderabad, 21 November 2014

„Exploring the benefit of public relations to society – what can economic theory tell us?“, refereed paper at the research colloquium oft the World Public Relations Forum, Madrid, 21 September 2014 (co-authored)

“Toward an Historically Informed Asian Model of Communication“ in Public Relations Review, 3/2014 (co-author)

“The Presentation of CEOs in Economic Downturn“ in Corporate Reputation Review, 3/2013.

“Communication in the Business Curriculum“, invited seminar series at AACSB since 2013.

“Professionalism of Communicators in Southeast Asia”, in Public Affairs Asia, May 2011.

“Codes of Conduct – Managing the Contradictions between Local and Corporate Norms”, in Journal of Communication Management, 4/2010.

“How and What to Communicate When ‚Western’ Corporations Face Take-Over Bids from Emerging Markets”, paper presented at the Association for Business Communication, Asia-Pac. Conference 2008, Singapore.

“Persuading 380 million people to hand over their money: the Euro campaign 2002”, key note speech at the annual general assembly of the Public Relations Institute of New Zealand, 2006, Auckland.

“Globalisation from the Boardroom. An International Comparative Analysis of Annual Reports”, paper presented at the Association for Business Communication, Asia-Pacific Conference 2007, Hong Kong.

Other Activities
Outside activities

•    Employment at another public or private company, including own company
•    Seats on supervisory or executive boards in companies or commercial foundations
•    Membership of commissions, committees, boards, councils, associations or foundations to which the employee has not been appointed or recommended by CBS
•    Long‐term teaching obligations at other institutions
•    Advisor/consultant to private or public companies