The Wedge, designed by Lundgaard & Tranberg Architects, received the RIBA Award from the Royal Institute of British Architects for its unique expression. 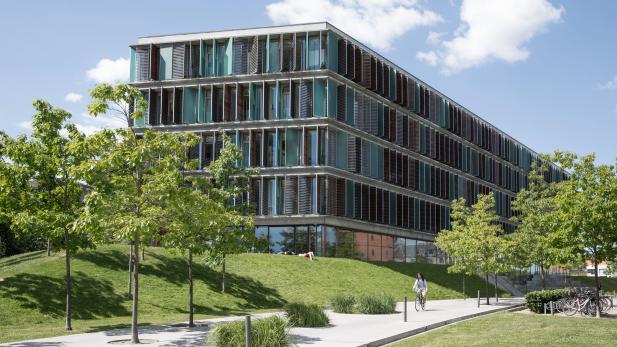 The Wedge was built in 2005 and is named after its characteristic wedge-shaped design.  When the Royal Institute of British Architects awarded the building they emphasized the large and bright atrium along with the prominent shutters on the building’s façade.

The barely 14,000 m2 hosts both teaching facilities and offices and among others the president and CBS’ top administration have their home at the Wedge. The building is owned by CBS.