The second COFFERS training event arrives towards the end of the three year European Commission research project. COFFERS explores issues of money laundering, tax evasion and tax avoidance in the European context with the express purpose of tackling Europe’s expanding inequalities. The consortium has produced a wide range of research outputs. These include the COFFERS tools. These tools are purposed to empower regulators, researchers and civil society. The COFFERS training event focuses on these tools, detailing their composition, outlining the considerations made in their development, and providing instruction on how to use them. We also introduce some of the COFFERS research cases. 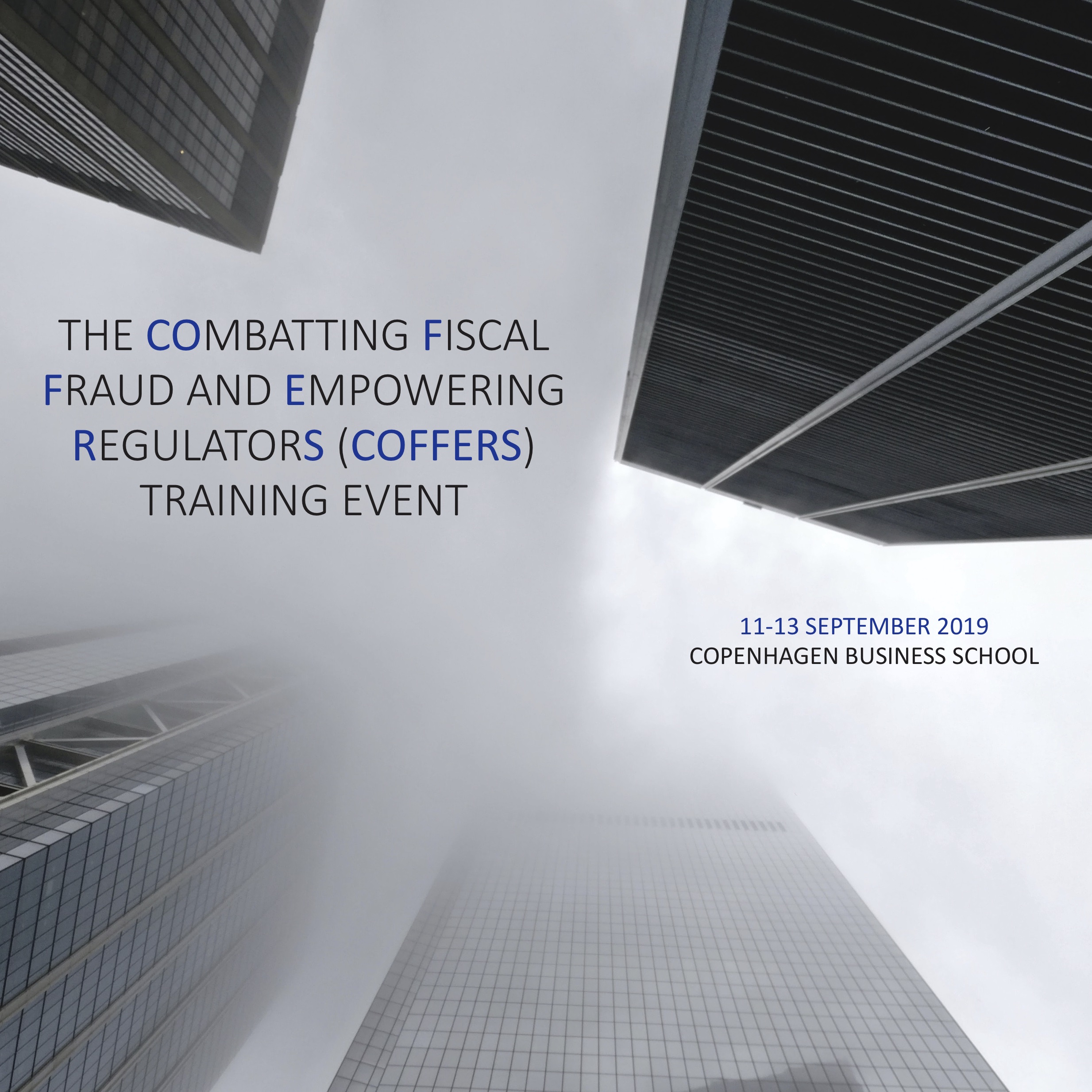 The financial crisis has driven unprecedented interest in international tax issues. In mid-September, people from Europe, Asia, Australia, South America, New Zealand - as well as students and graduates from the CBS Master in Tax programme – participated in a course about current developments in the international tax system.

The right to start war and to levy taxes are the key characteristics of a sovereign state. With states protecting their sovereign rights, international tax coordination has always been a substantial problem. However, in the wake of the global financial crisis, we have seen much more action in, for example, combating fiscal fraud, explains Duncan Wigan, Associate Professor at the Department of Organization, CBS.

“We have a historically high level of public interest in issues of taxation and we also have new voices in the area, including NGOs. The European Parliament, known as inactive and without influence on tax issues, is now active in debates and driving policy development. The Competition Commissioner Margrethe Vestager argues that Apple’s relations to the Irish tax authorities is not only a tax issue but also an issue of unfair competition, and in this way she is able to get around the fact that the Commission does not have competence on direct taxation. The system is undergoing rapid and large scale change. This makes it interesting to study.”

Duncan Wigan is doing just that as part of the project COFFERS, short for ‘Combating Fiscal Fraud and Empowering Regulators’. The COFFERS consortium is comprised of 11 organisations – including a number of universities and CBS. The project received EUR 5 million to generate insight into changes in the international tax system and their realized or potential impact.

“Public goods are funded by tax, and if it is the case that some individuals and multinational firms are able to avoid or evade the tax they should be paying, then there is simply an injustice in the system. This would potentially affect everyone’s willingness to contribute to public welfare. This  particularly became an issue after the financial crisis, as in the face of declining economic activity and the rescue of the financial system states needed more resources. Overall, if we believe that a tax system is a critical part of the foundations of society, and that it creates value and opportunity, then it is important to study the rapid change that characterizes this period. COFFERS is trying to intervene in the tax system by providing tools and training,” says Duncan Wigan.

At a three-day course in the middle of September, 34 participants at CBS met to hear about and discuss the project results so far.  The course was coordinated by Duncan Wigan and targeted those who work with tax issues within the public and private sectors.

There were participants from Europe, Asia, Australia, South America and New Zealand, as well as students and graduates from the CBS Master in Tax.

By definition, a lot of tax systems are national, so sharing knowledge across national borders is extremely valuable, Duncan Wigan explains:

”Hopefully, the participants gained something to help them in their own work and think outside of their own work silos and across the tax system. We hope that we gave them a more holistic view, so they can think of tax in economic, political and social terms at the same time.”

COFFERS runs the course again in September 2019 at CBS, and this course will be put online as a resource for the European public. You can follow the project at www.coffers.eu. COFFERS also produces tools such as risk maps for regulators, so that a transaction between two jurisdictions which is likely to involve tax abuse will trigger a red light.

Video with Duncan Wigan about COFFERS

How to get to Copenhagen Business School
CBS is situated various places on Frederiksberg, which is a part of Copenhagen, the capital of Denmark. The COFFERS course will take place at Porcelænshaven 24A.

The course is free of charge. However, participants must cover their own travel and accommodation expenses and those that sign up for the voluntary dinner on the 12th of September will be charged DKK 500,00 (≈ EUR 70).

Description of the course

master elective
Examination
Written product (synopsis maximum 10 pages) delivered on a specified date and time.
Oral examination (to be conducted via video conferencing where appropriate) on basis of extended synopsis
Evaluated on grade Danish scale
A re-examination opportunity will be offered in cases of sickness or inability to complete first exam as scheduled. Any re-take will take the same from as the first exam.
Information for students at the Master of Tax programme
A number of seats are offered to Master of tax students. The course will count as an elective course at the Master of tax programme.