Did you miss out on Larry Blain's talk on PPP and the Optimum Size of Government?

Canadian consultant and corporate director Larry Blain visited the Public-Private Platform for a discussion on the development of the market for PPP in Canada. 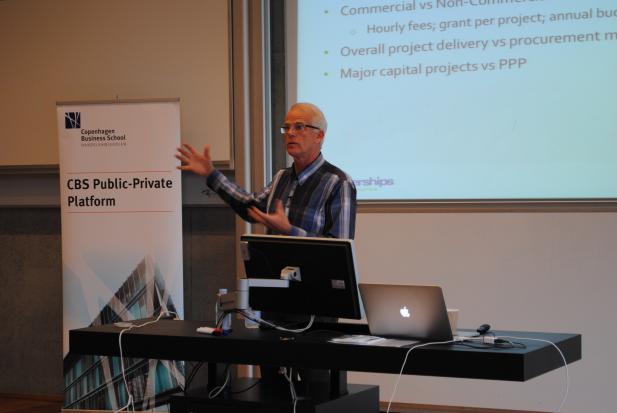 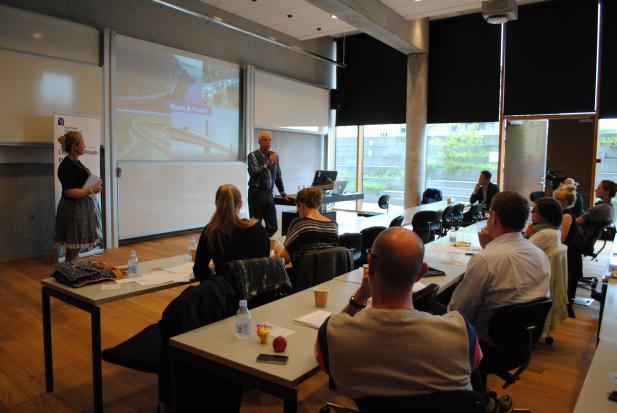 The 4th of September the canadian PhD in economy, consultant, corporate director and expert on PPP visited the PP Platform to discuss the development of PPP.

Over the past decade, the Public-Private Partnership market in Canada has become one of the most active and attractive in the world. Mr. Blain elaborated on his thoughts on the evolution of the market, the various success factors, and the benefits that PPP procurement has brought to Canada. Furthermore he outlined his approach to PPP in British Columbia and the role of Partnerships BC.

Throughout his presentation great attention were focused on the arguments and concerns toward risk balance and economic benefits in PPP. Blain argued that you will have problems if you take all the risk yourself. The cost of raising money as government is not the same as the investment return you actually should require when you invest in a project.

The public doesn’t have a clue about Public-Private partnerships, they care about the projects. People don’t understand about PPP, they want the government to be their employer. This can be a barrier.

Did you miss out on the seminar - please watch it at CBS cast, by searching Larry Blain, here.

Previously, Mr. Blain served as Partnerships BC's President and CEO. Under Mr. Blain's leadership, Partnerships BC participated in more than 35 partnership projects with an investment value of $12 billion, $4.5 billion of which is private capital.Before joining Partnerships BC, Mr. Blain was an investment banker with Pemberton Securities, which became RBC Capital Markets. Over a 20 year period, he was responsible for senior coverage of major corporations and governments in western Canada, with specialization in public finance, utilities and infrastructure finance.

Mr. Blain has also worked as economist with the Bank of Canada and Director of Central Borrowing with the B.C. Ministry of Finance. Mr. Blain holds a Ph.D. (Economics) from the University of British Columbia.Larry will serve on BC Hydro's Board until December 31, 2013.