On June 11-14, 2015, the CBS Public-Private Platform participated for the third time at the Danish People’s Meeting, the political festival ‘Folkemødet’. Read more about how it went and about the events which the Platform this year was co-organiziers of.

The CBS Public-Private Platform Participated for the Third Time at the Political Festival ‘Folkemødet’.

Folkemødet is a annual four day event taking place at the Danish island Bornholm, where politicians, researchers, public servants, private organization and the civil society meet and discuss issues on the current political agenda. Thus, the aim of the Platform’s engagement was to debate the Public-Private agenda, to engage in interesting dialogues with existing and/or future collaborators and not least to increase the awareness of the important societal solutions addressed through Public-Private Partnerships.

Among the activities at this year’s festival the Platform was co-organizer of three events, which took place on June 11 and 12.

Debate on Leadership - At the intersection of cooperation and effect

On Thursday June 11, the Platform’s Academic Co-director Carsten Greve debated on leadership at the intersection of cooperation and effect. The event was organized by the Danish think thank Monday Morning. Alongside Carsten the panel consisted of amongst others Henrik Kolind, chairman of the Danish Local Government and CEO at Roskilde Municipality and Jens Qvesel from the Danish trade union Djøf.

Editors from the Danish magazine Offentlig Ledelse also participated at Folkemødet to make a newsletter on the events taking place at the festival. Here they among other events covered the debate on leadership and management in which Carsten Greve participated. Read the article [in Danish] at offentligledelse.dk and read the whole 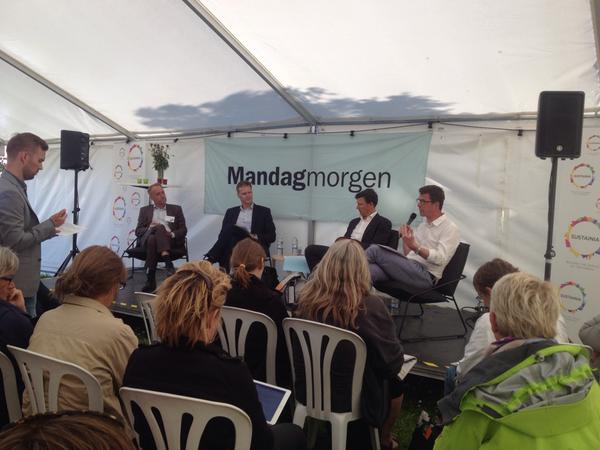 Friday morning June 12, Professor and PPP Co-director Carsten Greve was one of the experts in the Platform’s and Cevea’s event about new patterns in the welfare state. The other participants were Pia Gjellerup from Centre for Public Innovation (COI) and Kirsten Therkildsen, Mayor at Hedensted Municipality. The panel was confronted with ‘case stories’ from the front line and debated amongst others how practice must break with familiar understandings in order to mobilize and create value and better welfare. 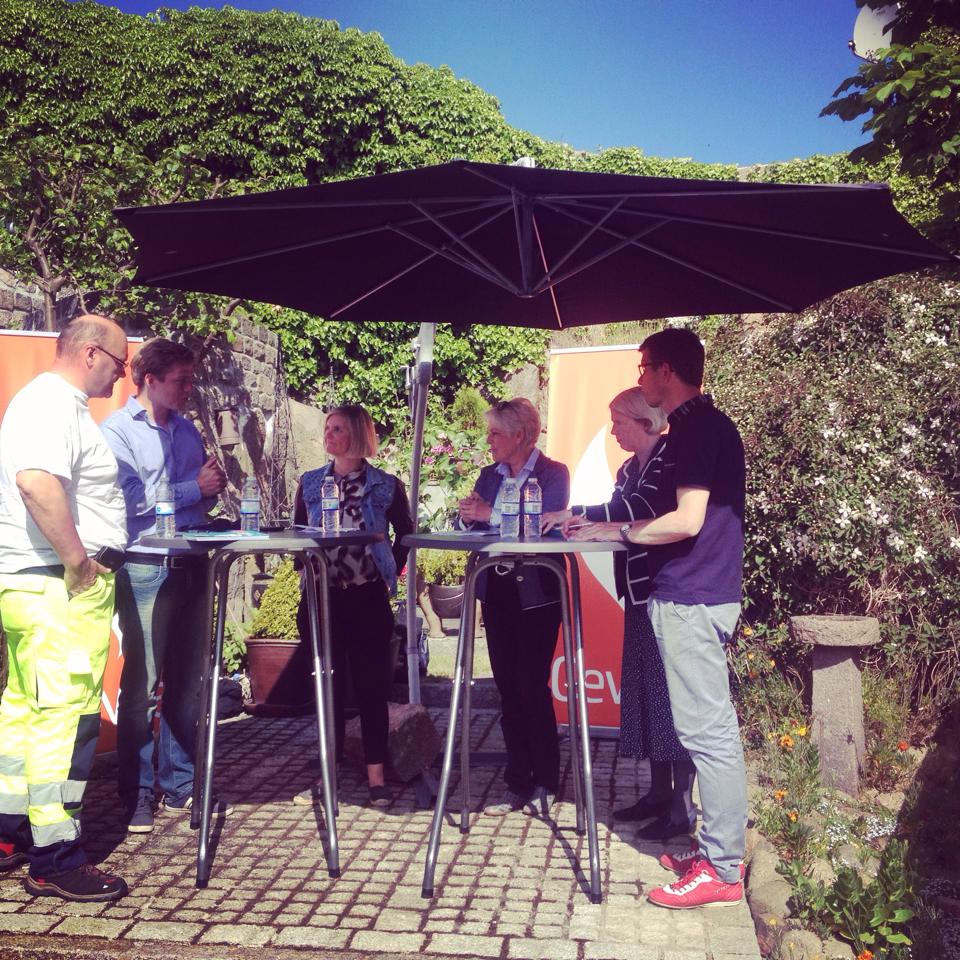 Debate on Health - Should we be able to lease us better hospitals?

On Friday afternoon, the Platform participated in a debate on public-private partnering and innovation in the health sector. Carsten Greve was the moderator of an in-depth discussion on how Denmark can develop and facilitate better hospital services. The event was organized by Danish Regions and in the panel were amongst others Chairman of the trade union FOA, Dennis Kristensen and Chairman of the Regional Council of Region Zealand, Jens Stenbæk. 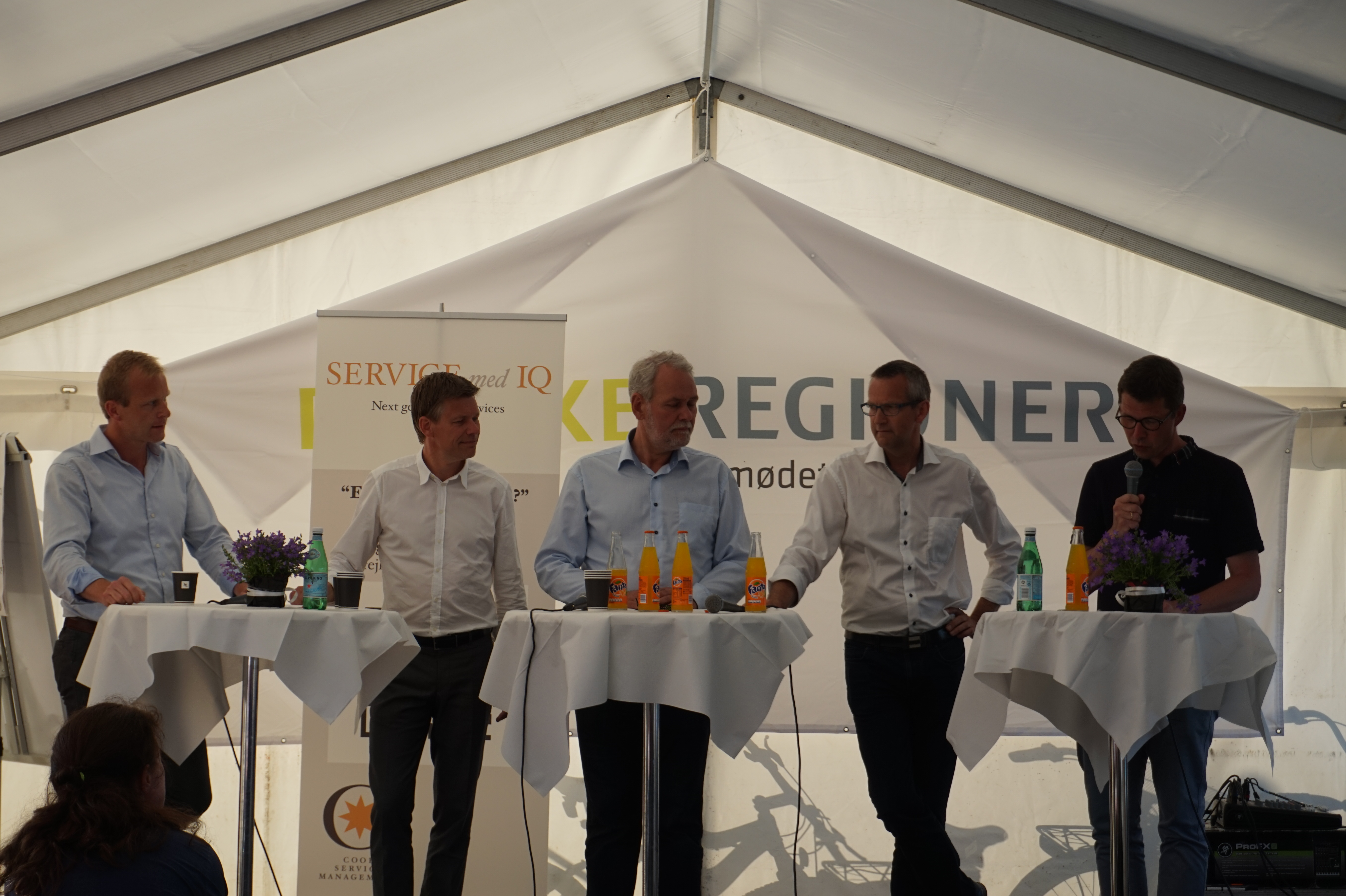 All the events had a good atmosphere and were great atteneded. The festival gave opportunity for the Platform to carry on the conversation with good relations and partners as well as to meet new interesting contacts.