Last Monday (February 24) French sociologist and Professor Bruno Latour, head of research at the Department of Political Science, Sciences Po Paris, visited the CBS Public-Private Platform together with the team behind the ongoing project AIME ‘An Inquire into Modes of Existence’.

Visit by Latour and the AIME team 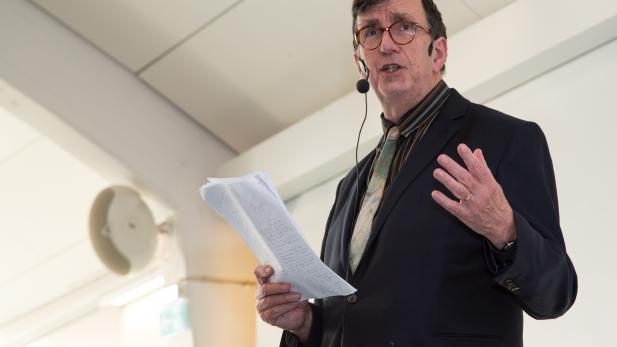 Participants at the jam-packed lecture hall 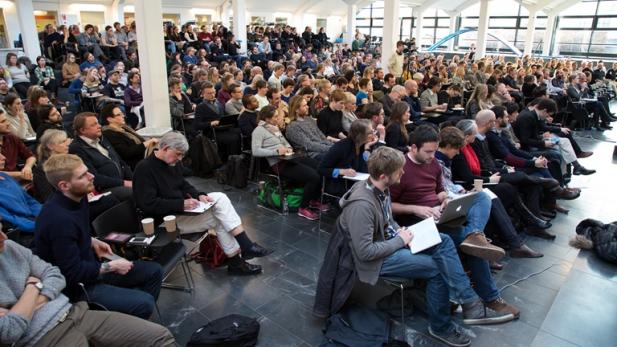 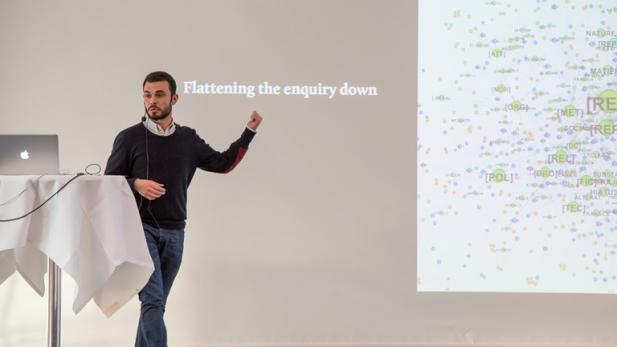 Latour and the AIME team 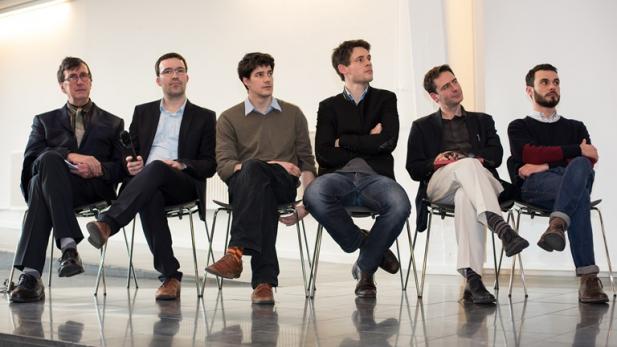 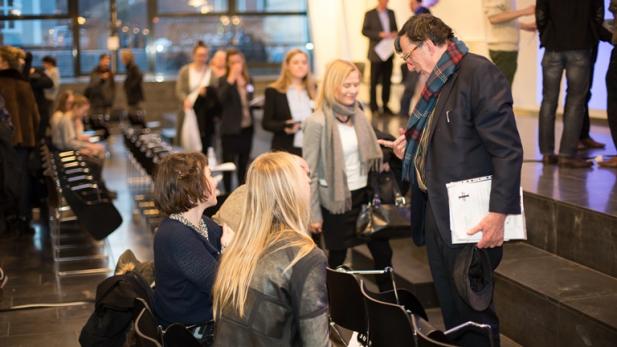 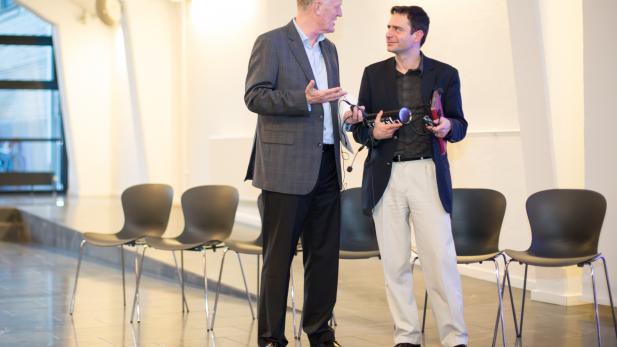 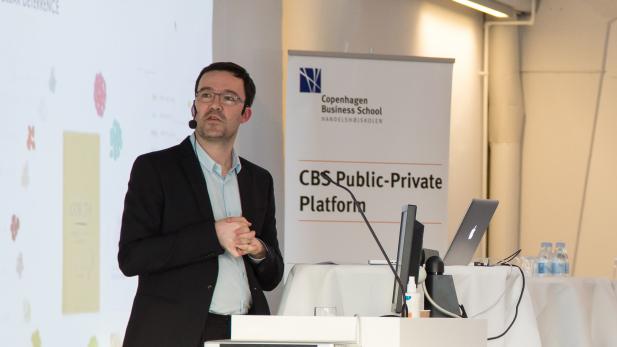 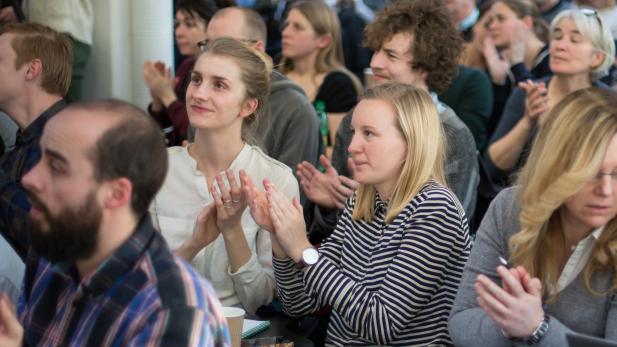 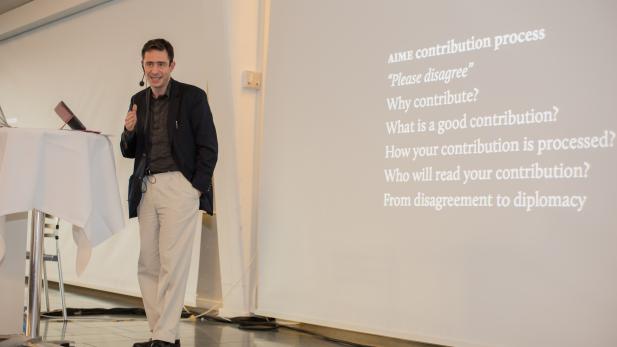 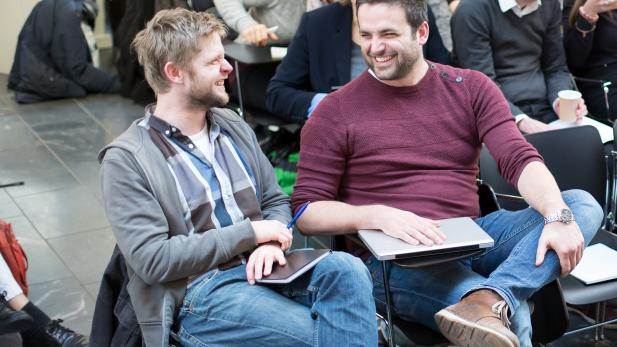 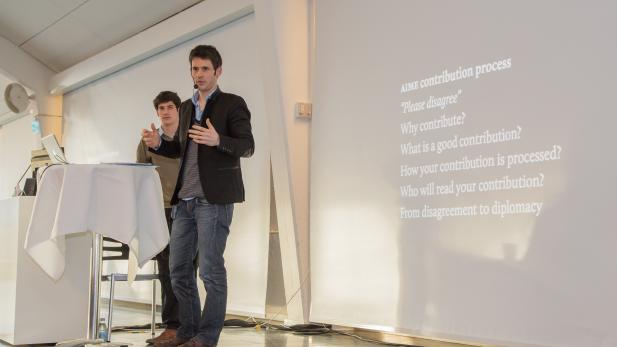 Last Monday (February 24) French sociologist and Professor Bruno Latour, head of research at the Department of Political Science, Sciences Po Paris, visited the CBS Public-Private Platform. Together with representatives from the team behind the ongoing project AIME ‘An Inquire into Modes of Existence’ he spoke at a highly coveted public lecture. Dean of Research at CBS, Alan Irwin, welcomed the group and moderated the event.

The AIME project seeks as an inquiry for learning, how to compose a common world. Based on a result of 25 years inquiry, Latour has developed a research protocol very different from the actor-network theory, with which his name is now widely associated. The question is no longer only to define ''associations'' and to follow networks in order to redefine the notion of ''society'' and ''social'', but to follow the different types of connectors that provide those networks with their specific tonalities.

At the public event hosted by the platform, Bruno Latour was accompanied by the five AIME members Pierre-Laurent Boulanger, Christophe Leclercq, Patrice Maniglier, Donato Ricci and Pierre Jullian de la Fuente. Together they hold degrees in everything from philosophy, communication design, computer programming and history of arts. You can read about the AIME platform and the people behind at: http://www.modesofexistence.org/

The PP-platform felt enthusiastic about welcoming Latour and the AIME team, and Academic co-director Paul du Gay stressed:
- Bruno Latour is one of the most important researchers in the social sciences today. His interests cover a broad range of areas, including the natural sciences, law, politics and religion, but they are brought together in an ambitious exploration of a reinterpretation of what ‘modern’ means, explains Professor Paul du Gay.

Didn't you get a seat at the lecture, or would you simply just like to watch it again? The entire presentation can be seen by clicking at the video below. 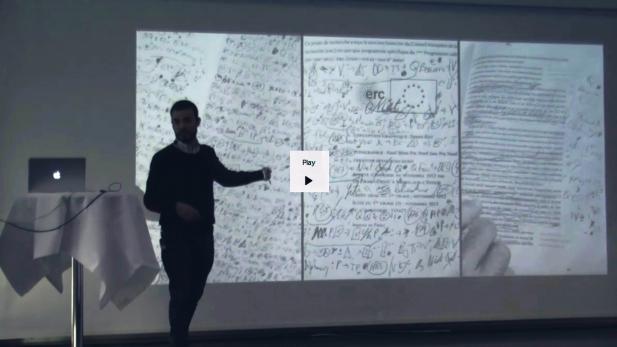