It is with great pleasure that I can announce that Bo has been promoted to Professor of Design Research. 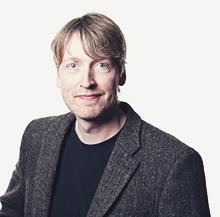 Bo was awarded his Ph.D. degree from the University of Aarhus in 2005 on completion of his thesis on creativity and cognition. Immediately after, he took up employment in the Department of Marketing at the Copenhagen Business School. This department has been his academic home ever since.

Bo’s works center on socio-cognitive studies of practices in a range of domains including product design, service design, engineering, entrepreneurship, software, cuisine, and architecture. He publishes in highly ranked design journals, and he is the two-time winner of Best Annual Paper in the leading journal Design Studies.

In the department and at CBS more generally, Bo has taken on several important roles including deputy head of department, funding coordinator, and academic director of CBS Studios. He has been highly successful in attracting and managing several large externally funded research projects.

Congratulations, Bo, on the Professorship of Design Research! Well done.