“Reflections on 4 decades of Research on Strategy & Digital Transformation: What’s next?”

Dylan Mulvin (LSE) on Proxies: The Cultural Work of Standing in.

The Digital Transformations Platform and the AI REUSE research project are pleased to invite you for a workshop with Dr. Dylan Mulvin. Dylan Mulvin will give a short presentation of his work related to his upcoming book Proxies: The Cultural Work of Standing In.

Proxies: The Cultural Work of Standing in.
The Digital Transformations Platform and the AI REUSE research project are pleased to invite you for a workshop with Dr. Dylan Mulvin. Dylan Mulvin will first give a short presentation of his work related to his upcoming book Proxies: The Cultural Work of Standing In, which is under contract at the MIT Press (to be included in the Infrastructures series). And afterwards he will offer feedback to workshop participants and their research ideas. So please use this opportunity and come prepared with a short (!) research pitch or a research question.

Abstract
To whom or to what do we delegate the power to represent the world? By turning to the cultural work of “proxies” we can find one answer to this question. Proxies function as the necessary forms of make-believe that enable the production of scientific and technical knowledge.
Among the world of proxies, Dylan Mulvin turns to the role of test images, type specimens, simulation cities, and medical actors: where each plays a crucial and distinct role in imagining and performing how technical systems might function, what they will look like, and the human relationships that will animate them. Specifically, Dylan Mulvin looks at the contingent practices that institutions use to enact and maintain standards through human labor, embodied performance, and the materialization of abstract ideas in physical substances.
“Proxies” are material stand-ins of a vernacular world and Dylan Mulvin traces the choice, crafting, and maintenance of such proxies as controllable simulations of a world “out there.” Based on studies of three proxies—the International Prototype Kilogram, the Lena test image, and the standardized patient program—Mulvin argues that the attempt to account for the local and specific ways the world works, forces standards to be constantly calibrated, tweaked, repaired, and shored up.
By tracing the history of proxies as they move through the corridors of authority and knowledge production Dylan Mulvin’s work helps us ask political, organizational and cultural questions about proxies: How do they travel? What residues do they pick up along the way, and what traces do they leave? And who has the authority to stop their movement? 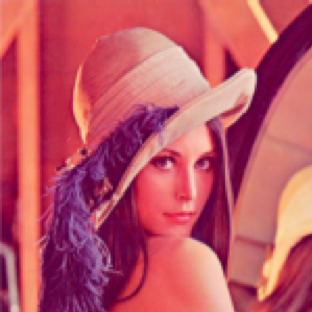 About Dylan Mulvin
Dylan Mulvin is an Assistant Professor in the Department of Media and Communications at the London School of Economics and Political Science (LSE).

Dr. Mulvin is a historian of technology whose work investigates how infrastructures, standards, and defaults encode, crystallise, and archive social understandings of human perception and behavior. His recent publications include a history of the network society in the 1990s as told through the network models of the AIDS Crisis and emergent fears of computer viruses; and an excavated history of “night modes” (meant to help entrain better sleep rhythms) in mobile screen technologies. His work has appeared in the International Journal of Communication, The Information Society, The Journal of Visual Culture, Television & New Media, and Information & Culture.