This year 100 years ago, CBS opened its very own library. At that time, the collection was small and for on-site use only. We will be celebrating the centenary throughout 2022 because we are thrilled to see that library is still used by lots of students and staff round the clock every single day. 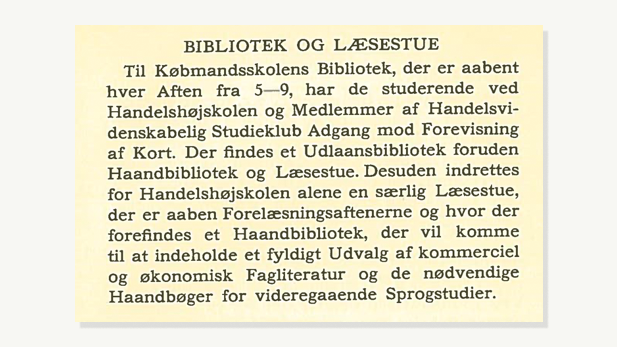 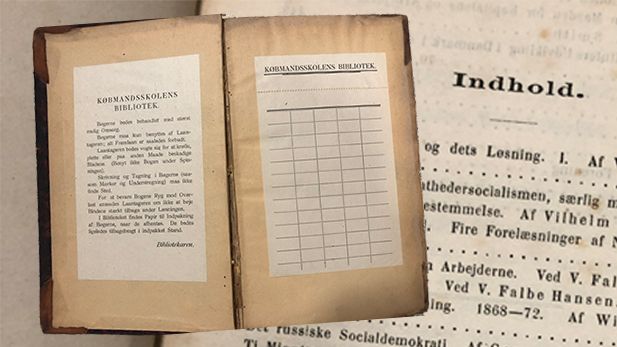 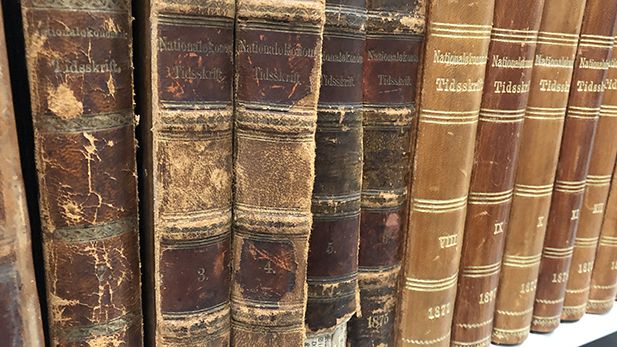 This year 100 years ago, CBS opened its very own library. At that time, the collection was small and for on-site use only, unlike today where the vast bulk of materials reside online and may be accessed from anywhere in the world.

If you go through the old annual reports from CBS Library, it is easy to recognize core CBS subject areas and sense library staff´s eagerness to support the organization. On the other hand, it is also very clear that a century has lapsed since the inauguration of Handelshøjskolens Bibliotek, as it was then known.  Century of progress and change has affected services, facilities, as well as content. In the course of our anniversary year, we will take a look at the ten decades that have passed since CBS Library was first founded, and we begin in the 1920s.

In 1917, when Copenhagen Business School was founded, it had no library of its own. Instead, students were free to use the library and reading room at Købmandsskolen (later Niels Brock), which was open in the evenings.

1922 saw the inauguration of the Copenhagen Business School Library, spearheaded by Knud Larsen, a theology graduate. The new Haandbibliotek (Reference Library), as it was called in the 1922 annual report, was to comprise literature on business and economics as well as handbooks on advanced linguistics. Efforts to accommodate the needs of both students and faculty for relevant information were noticeable even in the very early days. Economics, bookkeeping, products and commodities, and commerce were all taught subjects alongside French, German, and English correspondence. So the new library would primarily acquire literature on accounting, banking and monetary matters, product knowledge, trade history, advertising, and language to support these taught subjects, as is mentioned in the 1926 annual report.

In 1927, the library and its collection of approx. 1550 books and 300 periodicals relocated to Julius Thomsens Plads 8. A huge part of the collection was acquired through donations from individuals, organizations, and companies and from Købmandsskolens Bibliotek. The collection was organized by topic and work began on creating an alphabetical and systematic card index. The following year, the collection was split in two, a reference library and a lending library. This development brought about the need for a set of rules and regulations Ordensregler for Handelshøjskolens Bibliotek (Rules of Conduct for the Copenhagen Business School Library), which states that "[i]n the Reading Room, the greatest possible silence shall prevail" and that "[s]moking tobacco is not allowed".

The library was used extensively, and the budget increased from DKK 2,000 to DKK 4,000 (roughly DKK 71.000 and 142.000 resp. in today´s value). There was a great interest in the new commercial library, and it was opened up to the public. In 1929, the first international loan was received from Koloniaal Instituut in Amsterdam, and apparently that was a very big deal as it was mentioned in the CBS annual report of that year.

In the Copenhagen Business School annual reports, which are very short compared to the current ones, you can see lists of running subscriptions, several of which are active to this day, including Børsen, The Economist, and Nationaløkonomisk Tidsskrift.

We will be celebrating the centenary throughout 2022 simply because we are thrilled to see that library is still used by lots of students and staff round the clock every single day. And of course, a library anniversary is also a great occasion to celebrate the principle of free ​​access to literature and information for everyone.

Over the coming months, we will be hosting a whole suite of 100 years of… events in CBS Library Forum. 100 years of… is a series of talks by prominent CBS researchers, who will take stock of important events, both past and present, in core CBS fields.

If you have personal stories that you would like to share about CBS Library, anecdotes, memorabilia, objects, old materials etc., we would love to hear from you. Please contact  Camilla Boelsgaard Lund cb.lib@cbs.dk

We have relied on the following sources for this article: