Ole Andersen, chair of the board of directors, partner, adjunct professor and state-authorised public accountant.

The chair of the board of directors of Danske Bank doesn’t remember his time at CBS for the social aspects. During his degree he held down a full-time job, leaving him with only evenings and weekends to study. Read about his experiences at CBS and important moments in his career. Ole Andersen was recently appointed adjunct professor at the Centre for Corporate Governance at CBS. 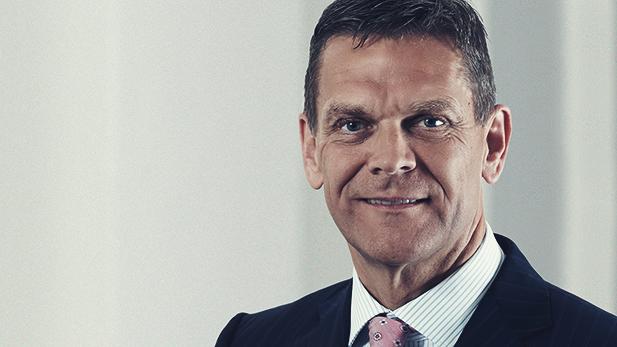 How would you describe yourself when you were a student at CBS?
I was efficient and pretty determined. As I had a full-time job during my degree, I had to devote my evenings and weekends to my studies. That didn't leave much time for socialising at CBS, or Handelshøjskolen as it was called back then.

How did you get your first job after graduating from CBS?
I got my first job before I started at CBS. During most of my degree I worked at Arthur Andersen & Co, so I received professional training at the same time as studying at CBS.

What was the most important experience you had at CBS that you still use in your professional life today?
It's hard to say, as it's such a long time ago, but overall I would say methodical learning – being able to analyse problems and to work methodically towards a solution. I would say the same about what I’ve learned over the years from stays at various international business schools.

What moments in your career were the most important and why?
There have been a lot of important moments. I’ve had the great privilege of working in different sectors such as accountancy, consultancy, industry, banking and private equity. That coupled with 10 to 15 years' management board experience has contributed to the experience I have under my belt now in my present management board position.

I’ve been involved in a number of spectacular projects: the refocusing of SAS in connection with the Alcazar project in the early 1990s; the IPO in 1994 of the wind turbine business Nordtank – the first of its kind to go public – and its subsequent merger with Micon in 1997; the takeover and delisting of ISS in 2005 and subsequent transformation.
All these projects have been featured in the media, but there were also projects that I fortunately turned down, preventing me from becoming embroiled in various corporate scandals.

Do you still keep in touch with any of your former fellow students? If so, how?
I don't have contact with any former fellow students, or at least not in that capacity. Today I have private and professional relationships with people I studied with, but it wasn't our shared time at university that brought us together. Presumably because social life didn't play much of a role during my time at CBS.